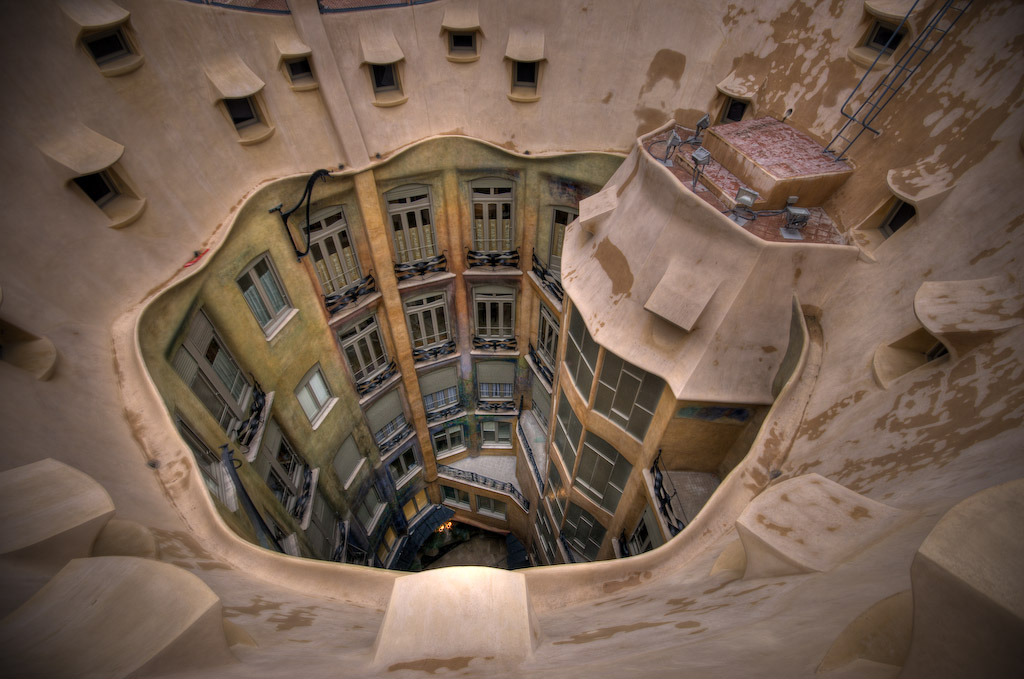 Also known as “La Pedrera“, this beautiful work is actually an apartment building designed by the famous Bacelona architect Antoni Gaudí. His lasting impression can be seen all over the city, from the towering Sagrada Família to the uniquely beautiful Park Güell. It’s ironic that his name is “gawdy” (the term does not come from his name), as his designs were not well accepted in his time.

Technique: There’s no f’ing way you’re getting a tripod up here without special permission. But, I wanted to do HDR so that I could retain some color in the orangish roof, while still getting detail in the dark interior below. Luckily there was enough light that I could hand-hold the camera steady at f/10 to get good depth of field and yet remain sharp. The Exposures were taken with at ISO 200 on a 10mm lens at 1/15, 1/60, and 1/100 seconds. I like to shoot in 2 stop increments as this reduces the number of pictures with no compromise (that I can detect) in quality. I just wish Nikon would realize that this is routine for HDR photographers and raise the limit on their auto-bracket function to let you shoot in 2 stop increments (it’s a major hassle when you are shooting longer exposures at night, and you end up with extra pictures you don’t need).