Who doesn’t like spies?  Ok, probably the people they steal secrets from.  Lately, I’ve been hooked lately on this TV series called “The Americans“.  It’s all about these deep-cover Soviet KGB operatives posing as a married couple in 1980’s America.  Of course, since it’s TV, they live across the street from a clueless FBI counter-intelligence officer and drink beers with him every other episode.  Everyone is both hero and anti-hero.  There are no clear lines. Which is sort of how I feel about communism. Is it about everyone being in the struggle together?  Is it just political cover to keep the elites in power? And what do the people living in the opulent skyscrapers of modern Shanghai have in common with the residents of Havana (who couldn’t even own their dilapidated homes until 2011)?  When I went to Russia (which isn’t technically communist anymore), I thought I might find some answers in Red Square.  After all, it sits at the center of the first communist republic.  Nope.  On one side is Lenin’s tomb; and directly across the square is GUM Mall.  GUM stands for “main universal store”, but it’s a little flashier than that on the inside, as suggested by the bright and shiny Christmas lights on the outside.  So I’m still lost.  Maybe I’ll get some insight in the next season of the Americans.  Probably not, but at least I’ll be entertained. 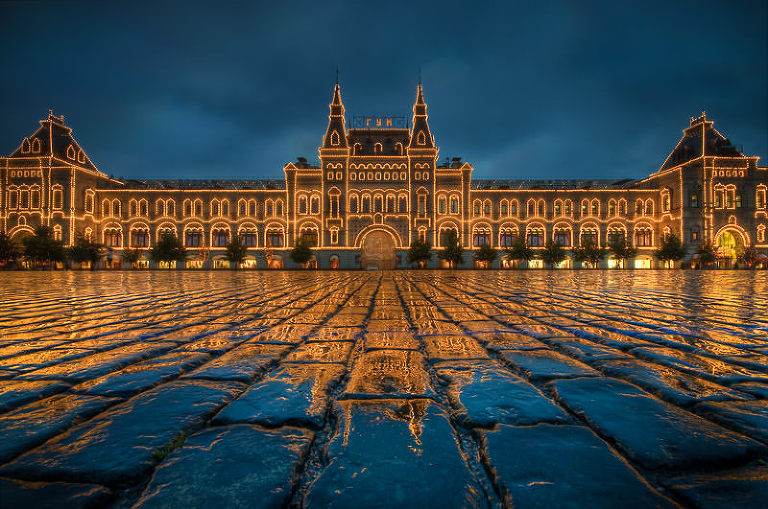