I feel like I’m blasting off into space when I look at this scene.  Which is kind of funny, since the escalator takes you straight into Mother Earth.

I thought I was doing everything right the first time I attempted this shot.  I arrived at the Natural History Museum in London fifteen minutes before opening on what should have been a slow morning.  Whoa, was I ever wrong.  My line (coming in the side door) was pretty short – but the main entrance already had a line of people a block long!  I tried my best, but really, it was almost hopeless trying to get this shot with the immediate crowd of people.  By the time I walked out of the museum, the line to get in was now snaking around multiple sides of the building!  But persistence, better planning, and a new friendship paid off on my next attempt, when I was able to take this shot.  I think that’s pretty typical: technique and hard work matter so much more than equipment.  What do you think? 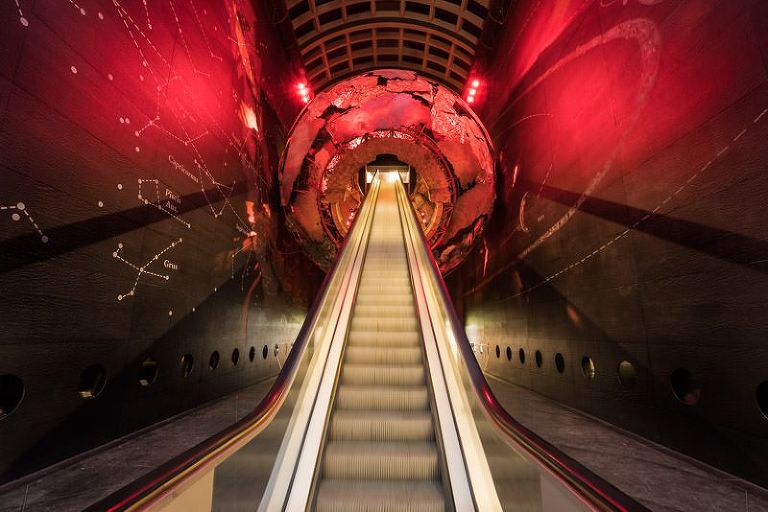