I used to live a 15 minute walk from this view of the London cityscape, in a sleepy little part of London called “Wapping”.  Which was pretty nice, because it was one of the few places in the city back then where you wouldn’t get a nose full of soot from the diesel buses, and I had easy access to everything the city had to offer.  I was a young engineer at Ford Motor Company doing a rotational assignment.  Life was ridiculous.  I thought it was a blast to be driving a stick shift on the wrong side of the street powering through roundabouts.  One of my friends at Ford, who was on rotation with me and owned a small race team back in The States, took it to an entirely new level.  He once yanked the handbrake to get his car to slip sideways while driving down a corkscrew ramp in the movie theater parking lot.  Straight-up “Tokyo Drift” in real life.  I still have no idea how he returned that rental without a scratch on it, though I’m not surprised the hand brake no longer worked.

Ford somehow also put me up in a flat with a balcony overlooking the River Thames.  After the sky got dark, party boats filled with hundreds of people would slowly cruise by with music blaring.  I was quite the setup, except for lack of an air conditioner.  So after a hard workout at the gym, it could be a little hot for sleeping.  And I did what I had to: I adopted new clothing habits (or lack thereof) for bedtime.   One night I got up fumbling in the kitchen for a glass of water and decided to turn on the lights.  And that’s when I heard dozens of women on a passing ship immediately  start to scream and whistle.  That sort of thing sticks with you, forever.   Glad I could make their night a little more entertaining.

So, with my head filled with memories of sixteen years ago, I made my first return trip to London last year.  I somehow expected such an old city would stand still in time, but it’s changed dramatically.  I love all the new architecture, especially this view of City Hall, The Shard, and the Ernst & Young building on the Thames.  The glass facade warms up like a blast furnace with the fiery colors of sunset.  I felt like I’d explored every inch of the city when I lived here, and now there’s so much more.  I took this shot with a new photographer friend and then headed for a pint at one of the pubs faintly visible in this shot.  I love that aspect of cityscape photography.  You can capture distant memories and be inspired to new adventures, both at the same time. 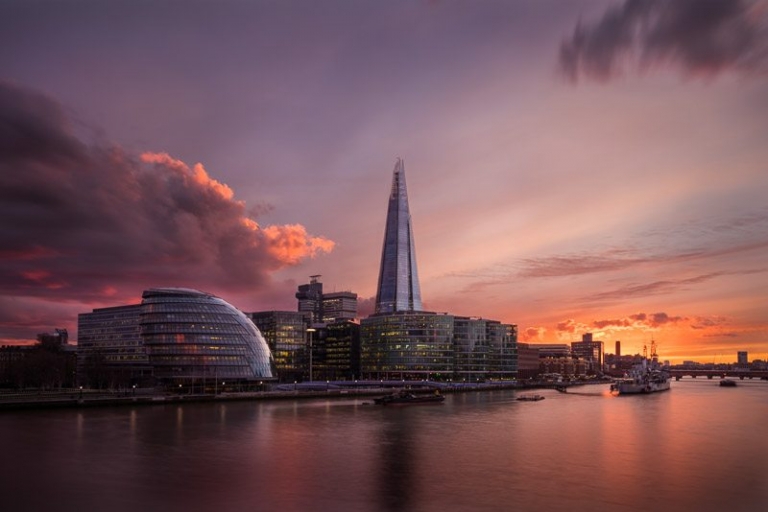 Below are the four exposures I blended to create the image.  I don’t typically shoot 1ev brackets these days.  I could have just as easily captured this scene with 2 RAW images (or even 1, depending on how much you want to push your shadows).  Shooting fewer exposures is ideal with a fast setting sun and moving clouds to deal with. 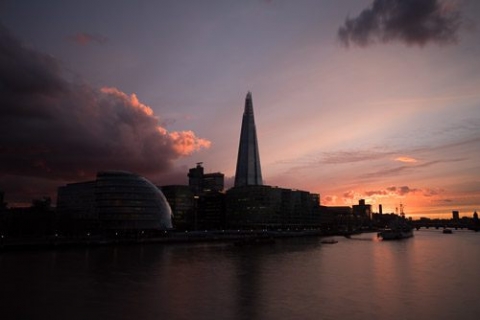 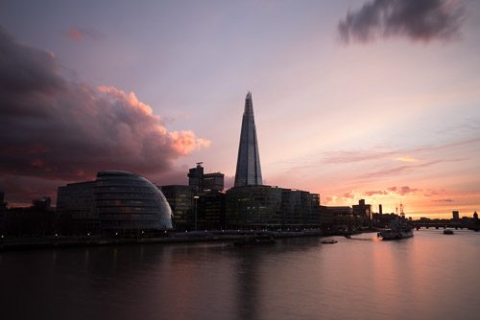 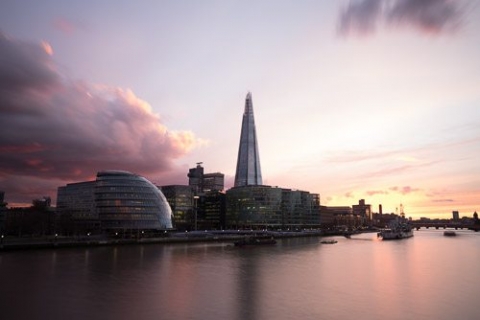 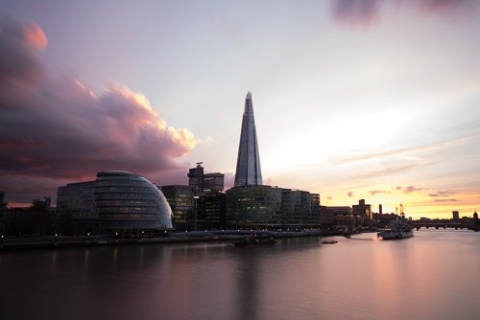