Yantai is one of those Chinese cities no one really knows, even though it’s as big as Chicago. Smoking is pretty common in China, and it seems to work out in my favor – because a lot of hotel workers just leave the door to the roof open after taking thier smoke breaks. I passed through pretty quickly, so I have only two memories of the place. First, I got to come up here and have this amazing sunrise view all to myself. And second was dinner with 18 Chinese people the night before at a rotating table. It was like a “Lazy Susan”, except probably 5 feet wide. There were dozens of dishes and you just had to grab something when it came by, since someone was moving it all the time. If I didn’t have semi-decent chopstick skills, I would have starved! But the best part of the meal was when soup was served, and everyone quick talking and there was just the sound of 18 people slurping soup loudly. 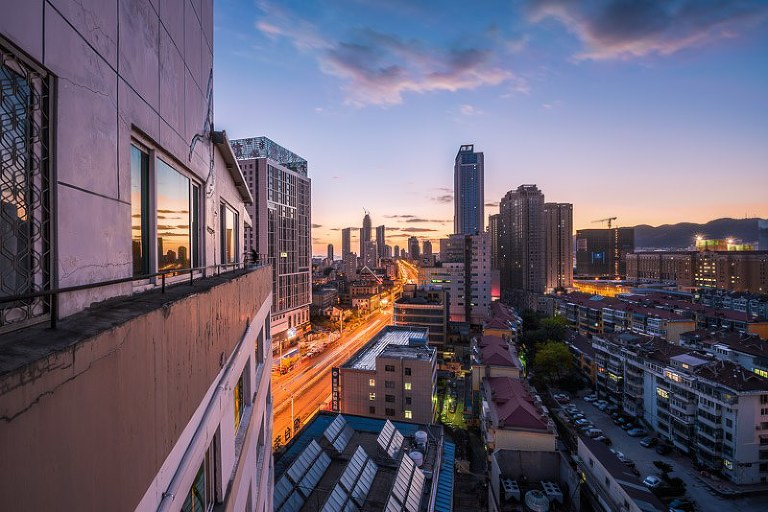