Autumn in magical in the North.   Trees come alive in brilliant fiery displays of fall color.  Warmth lingers in the air – enough to hike in shorts and wade into rivers.  The menace of mosquitoes fades to blissful peace.   And yet the sounds of coyotes and loons still fill the night air.

And yet, there’s always a curve ball.  As I climbed around these rocks looking for the best sunset composition, some other hikers passed through.  One of them climbed under the boulder where I was setting up my tripod.  And a few moments later he appeared behind me, having slithered his way through a short passage.  He then looked up at me to utter his first words, “Dude, you gotta climb through that hole.”  Huh?  I certainly wasn’t worried the rock would collapse.  Or that I’d get stuck.  Or that some animal might be lurking in the shadows.  Just a simple question of what was so fun about crawling over rough rocks on your knees?  To each his own, I guess.  He had his “cave”, I had my view. 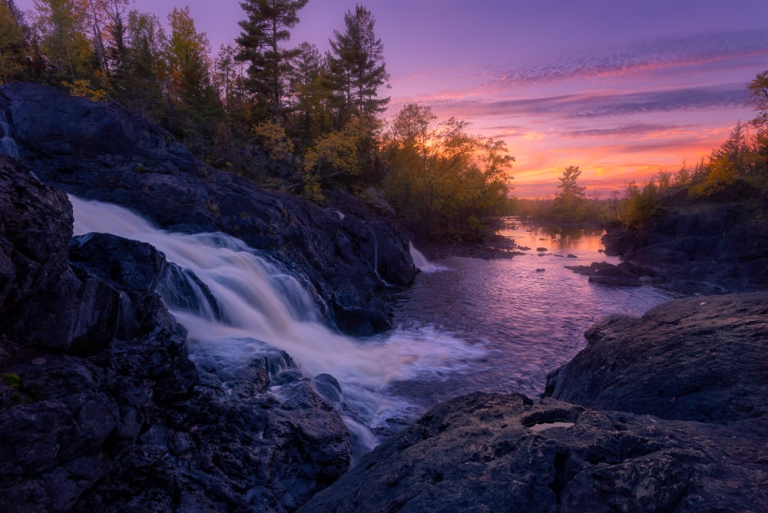