There I was, sitting in pitch black all by myself.  All I could hear were coyotes howling and the calls of loons.  In between, it was so quiet I could literally hear nothing but myself.  It was absolute magic.  And then after a few hours of waiting for the right moment, I was able to capture this incredible view of the Milky Way rising over forest pine trees.

I just started shooting the Milky Way last year.  I had avoided it for a while due to the complexity.  A good shot requires shooting in remote areas with dark skies, a clear night, shooting at the right time of the year when the thickest part of the Milky Way is visible, hours of preparation and waiting for alignment of the sky with your foreground, getting additional shots of the foreground at the blue hour, wide aperture lenses, focusing in the dark, and advanced post-processing.  And given the timing of the work in remote locations, there’s a good chance you’ll want to be camping to pull it all off.  It’s daunting!  But once you get over the learning curve, there’s a rhythm to it and things get much easier.  It’s actually very addicting.

Learn how to make your own with my tutorials on stacking multiple exposures, reducing night sky noise with a single image, and how to focus at night.

I captured this image with my Nikon D810, Nikon 14-24mm f/2.8 and Really Right Stuff TVC-33 tripod.  I also used the Photo Pills iPhone app to visualize the composition in advance.  As I do for most of my Milky Way shots, this image was captured at 14mm, f/2.8, ISO 6400, and 15 seconds.  Although others may tell you it is ok to shoot longer at 14mm, I actually find that 13-15s is the upper limit for what I consider acceptable.  Longer exposures start to create noticeable star trails. 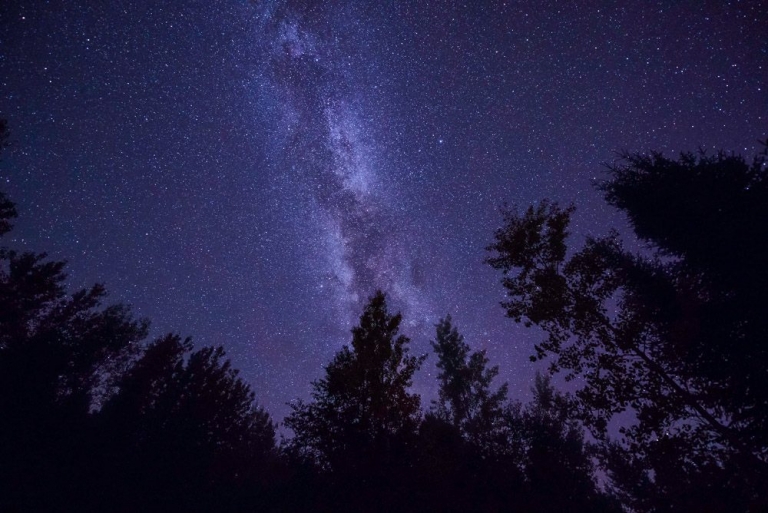 Sanctuary »« How to Enhance Your Photos with Selective Color in Photoshop