Review of the Nikon D850 for Landscape Photographers

The new Nikon D850 is hands-down the best landscape photography camera I have ever used.  Unreal good.  But probably not for the reasons you might expect.  The image quality is definitely better in a few areas, but that isn’t the big story.  What makes this camera so exciting is that it helps you do your best work.  You can expect to work more quickly, get more images in proper focus, and even improve composition with the tilt-screen. 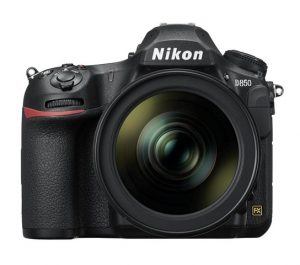 Before diving into the review, please note that this is written from the perspective of a landscape photographer.  That means a focus on dynamic range, dark conditions, lots of shooting with live view on a tripod, etc.  I haven’t yet tested continuous autofocus on fast-moving subjects, and don’t particularly care about certain features like frame rate.  I’ve tried to make some comments around those areas, but this review is intended to help photographers who want to use this camera primarily for subjects like landscapes, architecture, and cityscapes.

The following are all what I would consider legitimate reasons that landscape photographers should consider upgrading from a D800/D810 to the D850.  The star of the show is definitely the improved focusing.

For a detailed list of recommend settings for optimal shooting with the D850, and how to configure focus-shift, AF Fine Tune, and Snapbridge, please click here.

Download my D850 setup file to optimize your camera in seconds »

Of course, upgrades typically entail the need to update many system components.  Here’s a quick rundown on what you can expect:

Here’s a quick rundown on things that are improved, but I don’t consider to be of much value.  I’m happy to have them, but they aren’t reasons I’d give for upgrading if you are a strictly landscape photographer.  Depending on what you do, these may be things you appreciate.

I’ve left out the improved viewfinder, as I personally don’t find it’s really all that much better (particularly as someone who wears glasses).  It’s very good, but I wouldn’t say it offers much over the D810.

One more comment.  The colors on the D850 are significantly differently from those on the D810 in certain situations.  Most of the time, it isn’t something I noticed.  But I was shooting one relatively colorful sunset and kept shooting some clouds long after the color was almost completely gone (the clouds looked gray to my eyes).  Yet the live view on the camera continued to show significant red colors in the clouds.  I was surprised, but the result was actually very beautiful.  And the more vibrant colors show through in the RAW file when converted with Adobe Camera RAW, so it isn’t just the camera’s playback.  Could be that Nikon is trying to catch up to Canon (which I’ve heard from several experienced shooters offers better color), or perhaps adjusting for a shifting customer base (the D810 wasn’t nearly the action/portrait camera the D850 is, and will likely get used in different situations).  I don’t see any downsides so far, but it’s just worth noting.  So far, this seems to be a very good thing for landscapes. I’ll be paying attention to this as I continue to shoot in a variety of conditions.

What could be better?

I really can’t overstate how amazing this camera is.  It is definitely the best camera I have ever used.  That said, nothing is perfect, and I believe there are several opportunities to make an amazing camera even better.

Overall, this is one incredible camera.  Nikon has managed to deliver a very worthy update to the D810.  Should you update?  I’d always advocate spending money on your skills, travel, and other factors before a camera, as it probably has less influence on on your ability to create a truly compelling image.  But cameras matter too, so it really depends on your needs/wants and budget.

The D850 does not offer dramatically better image quality, but it allows you to do your best work more consistently and easily.  There are few situations where you could put a perfectly shot print from the D810 next to a perfectly shot print from the D850 and tell a difference.  But if you took a look at 1000 images shot on the D810 vs 1000 images shot on the D850, you’d probably say the overall quality of the portfolio was improved.  And was easier to create.  It’s a bit like upgrading the photographer, particularly with the ability to get proper focus more reliably in dim light.  For me, that’s a very good reason to spend the money to upgrade to this camera. In fact, I like it so much that I might get a 2nd one as my backup body. But as they say, your mileage may vary.

The cost to upgrade from another D800/810 will vary quite a bit depending on your personal situation.  If you’re in the US, the body will cost you just $3300, while in the UK you’ll pay the equivalent of $4600 due to regional pricing/VAT.  You might be out a few hundred dollars for new memory cards.  Possibly need to buy a new bracket to use it on a tripod.  If you’re selling your old D810, you should be able to get about $1500-1700 on Craigslist or eBay now.  And if you’re a professional who can deduct the expect, your net out of pocket costs might go down 25-28% (or whatever the applicable deduction and tax rate is for you).  Which means that a professional in the US might upgrade for as little as about $1500, while a European amateur might be shelling out well over twice that amount to make a similar upgrade from a D810.

This is an upgrade that may make the most sense for D810 professional shooters who want better focus or faster shooting, D810 amateurs who are willing and able to pay a premium for the best possible gear, and D800 shooters who are eager for an upgrade. Of course, this release also means the used market will be full of bargains on old D810s, and that is still an excellent camera.  So no matter your budget or needs, your potential options just got a lot better.